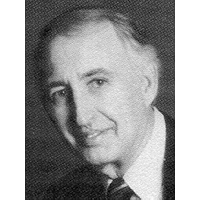 Coach Al Bowen graduated from Columbus South High School in 1952, served two years in the Army, graduated from Ohio University in 1958, and received his Masters degree from Xavier University in 1975. His 312 wins came through a coaching career that included six years at Ames Bern (Athens County), one year at Meigs Eastern, 13 years at Columbus Central, and six years at Walnut Ridge. His teams won nine league titles, seven sectional, and at Columbus Central in 1972 and 1976, two district titles. Bowen's tournament wins included the 1962 and 1964 Athens County tourney, and the Racine Tournament in 1962 and 1965.

Honors include the Athens County Coach of the Year in 1962 and 1964, Central District in 1972, 1981, and 1984, and Columbus City League in 1988. He also received the Lou Berliner Memorial Award given by the Columbus Dispatch in 1989, and the District 10 Hall of Fame in 1991. In 1981 and 1988 he coached the District 10 All-Stars. The District 10 Basketball Coaches Association scholarship to benefit sons and daughters of coaches was named in his honor in 1987. His 31-year coaching career included 26 years as a head coach.

In addition to coaching basketball, he coached football for ten years and baseball for 13. During his seven years as head baseball coach his teams won 128 and lost but 35, capturing twelve championships. He also held the athletic director's post at various schools for more than 20 years. As evidence of his commitment to the game of basketball, he served as District 10 Director for several terms, and helped with State All-Star game.

His family includes his wife of 29 years, Rita, sons Matthew, Mark, and Martin, and daughters Mary Ellen and Molly.