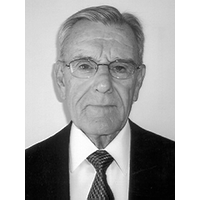 Allen began coaching at Portland, Indiana where he coached basketball, football and track at the Junior High School from 1957-1960. Then he spent three years at Ridgeville High School in Indiana where he also coached football, basketball and track and taught Industrial Arts. Allen then moved to Fort Recovery High School where he had very successful teams. His teams were Mercer County League Champs in 1967, ‘69, ‘71, ‘73, and ‘78. They were sectional Champs in ‘67, ‘69, ’70, ‘71, ‘72, ‘73 and ‘84. Fort Recovery won the district in 1969 and 1971 and was the regional champion those two years. The 1969 team was a State Semi-finalist. The 1971 team was the State Champion (26-2). He accumulated 308 victories during his career in basketball. Fort Recovery had an undefeated regular season in 1972-73 going 20-0 and 23-1 overall.

Coach Souder credited his success to good talent on his teams and the fact that they worked hard. He had dedicated assistants and always stressed teamwork among staff and players. Allen emphasized team play and that the word team did not contain an "I". Allen said, "It was a joy to coach players many of whom became Doctors, bankers and good citizens in their communities". Allen was the Ohio High School Associated Press Coach of the Year in 1967.

When Tom was an assistant coach at Ohio State University, Allen and his wife attended 94 basketball games over those four years. That was during the Jimmy Jackson era at Ohio State. The family is a member of the United Methodist Church where Allen served as trustee and usher for many years