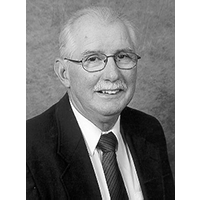 Al was born in Van Wert, Ohio. He graduated from Grover Hill High School, Indiana in 1966 and from Bethel College, Indiana in 1970.

Al was an intense competitor and this flair to compete was passed on to his players. He was a unique coach from the standpoint that he spent his entire career coaching at the same high school. Al had the good fortune to coach his two sons. On his State Championship team in 1991, Brian was a senior and Robert was a sophomore. In the State Championship game Robert scored over 30 points and was named the MVP of the tournament.

Coach Welch served as President of the Left-Handers Golf Association and is a member of Tau Kappa Epsilon. Their family belongs to the Latty United Methodist Church. Al and his wife, Jill, had four children: Brian, Robert (wife Jacque), Courtney, and the late Amy Lynn. They are the happy grandparents of Dylan, Jalen, Adia, Katelyn, Kyra, Kaiven and Keaton.