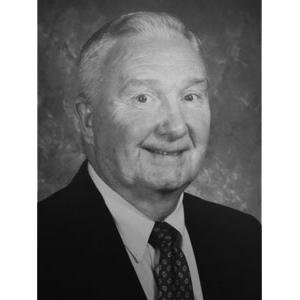 Bill began his coaching career at Cincinnati McNicholas back in 1958 and accumulated a 62-17 record. Next, Bill led the University of Steubenville basketball program to 35 wins in two seasons. But coach Cady longed to return to the competition of Ohio high school basketball, so he accepted the challenge to start a basketball program at the newly built LaSalle High School. In total, Bill’s coaching record included 441 total wins, including 406 victories in Ohio high school basketball.  Ironically, his 400th high school victory came against McNicholas where he started coaching 35 years earlier.

Coach Cady’s teams were known for sound fundamental skills and aggressiveness. These traits also described Bill in his playing career. At St. Xavier High School, Bill was an all-conference and all-state center. He then started for three brilliant seasons at Xavier University. With his tireless dedication, Coach Cady used this experience to develop the skills of each of his players.

Even with all of these achievements on the court, most will remember Bill for his accomplishments off the court. Bill tirelessly worked in the community to provide food and shelter to those less fortunate. He brought this enthusiasm of community and others back to the school and his players by leading LaSalle’s Christian Service program for over 10 years. While Bill was honored that the basketball court at LaSalle bears his name, he is most proud of the ‘Bill Cady Christian Service Award’ that rewards students with the most community service hours.

Coach Cady, who recently passed away in June 2012, served as a role model on and off court for hundreds of students in Cincinnati. His commitment to excellence and service lives on today in the LaSallian community.