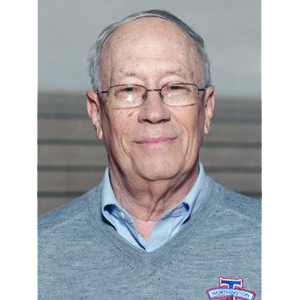 In 1965, the New York Jets signed Alabama quarterback Joe Namath to a professional football league contract, Cassius Clay changed his name to Mohammed Ali and the academy award winning movie, “The Sound of Music” premiered. This was the year that Bob Miller began his coaching career.

Bob started as the freshman coach at Groveport High School in the Southeast Columbus area. At Groveport Bob delved into many different aspects of coaching – Varsity Golf Coach, Varsity Baseball Coach, and of course, as an assistant football coach. Then in 1973 Bob was also named the Head Basketball Coach at Groveport. Juggling multiple coaching responsibilities is never easy but Bob had a knack for doing so. Some would say that he was too young to know better. He also kept his hand in the football program and in 1983 (as the Head Coach) this culminated in Groveport capturing a Co-Championship in the OCC.

By a mere flick of fate Bob could have remained a football coach – he was and still is an ardent fan of the great Woody Hayes. While a student at Ohio State, Bob immersed himself in the iconic coach’s classes where he studied the coaching philosophies of the successful Coach Hayes. But Bob had achieved success on the hardwood as well and he was recognized as an outstanding coach. Early in his career he was named the Associated Press Central District Basketball Coach of the year for 1978-79.

In 1983 Worthington High School came calling – they needed a basketball coach. Bob accepted the position. Bob remained the Thomas Worthington Cardinals Head Coach for the next 31 years until he retired in 2014 – ending a magnificent 49-year coaching career. Over his career, the wins (573) and the OCC Championships (13) mounted. Bob’s success lead to 3 District Championships, 4 District Runner-up, he was named OCC Coach of the year 11 times, 4 times the Central District Coach of the year and in 2003, the State of Ohio Coach of the year.

Coach Miller was a defense first coach. He liked to say, “Everyone likes to score, but not everyone likes to play defense” and “if you can play defense, you’ll get floor time on my team”. Bob was sought after for many coaching venues including 3 times for the District 10 All-Star Game; the Ohio North-South All-Star Game; and 4 times for the Wendy’s Classic in Ohio. Coach Miller was selected many times to coach (along with fellow Hall of Fame Coach, Jack Greathouse) Team Ohio – a state wide all-star team that would compete internationally in Europe. He did this for many years, even after his formal retirement.

Bob is a beloved in Groveport and in Worthington. His was a reputation for integrity, dedication and hard-work. He gave back to the community and the game he so loved. Likewise, the communities reciprocated – in 2008 Thomas Worthington named the basketball court in honor of Bob and his 500th win. In 2012 Groveport-Madison inducted Coach Miller in its first inaugural class for their Hall of Fame. The accolades and honors Bob received are far too numerous to list. Being recognized by your peers is perhaps the greatest honor of all. In addition to being the initial inductee in the Groveport-Madison Hall of Fame, Bob was named in 2013 to the Ohio Capital Conference Hall of Fame and in 2014 the Greater Columbus Basketball Legends Hall of Fame.

Bob has been married to Judy for 45 years – they have two children, Scott and Carey (Louisville) and Lori (Dayton) and two grandchildren, Weston and Ellie. Bob and Judy still reside in their Worthington home of many years.