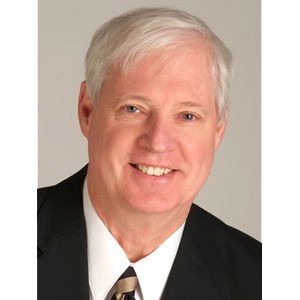 Bob Seggerson stepped down as the coach of Lima Central Catholic High School following his win in the Division 3 state championship game in 2010 ending a legendary career that saw his team compete at state on six different occasions. In addition to his state championship, his teams were state runner-ups in 1989 and 1994 and state semifinalists in 1992, 1993 and 2000.

His entire career was spent at Lima Central Catholic, his alma mater. He amassed 518 wins and 209 losses for a 71% winning percentage. Those numbers become even more impressive when taking into consideration the facts that his teams challenged themselves to grueling schedules each season and that in his first twenty seven seasons as coach, the Thunderbirds did not have a home court. One of the biggest thrills of his life was when the Fr. Herr Athletic Convocation Center was dedicated in 2003 and Lima Central Catholic began playing their first true home games.

Coach Seggerson received many honors during his 32 year coaching career including Ohio Coach of Year on two occasions and numerous other coaching awards from the District 8 and Northwest Conference. His teams won 20 sectionals, 9 district titles and 6 regional crowns.  He also coached the Ohio North South game in 1993 and he is especially proud to be a recipient on the Bob Arnzen Award.

Coach Seggerson graduated from Lima Central Catholic High School in 1966 and from St. Joseph’s College of Indiana in 1970. While at St.Joe, he was a member of their NCAA finals team. He received his Masters in Guidance/Education from the University of Dayton in 1985.

In addition to basketball, Seggerson was a head boys and girls cross country coach, girls tennis coach and assistant football coach. He coached athletes and teams to the state tournament in each of those sports.

Coach Seggerson has been married to Janie, his childhood sweetheart, for 35 years and they are the proud parents of Michael (married to Aimee), Sara (married to Joe) and Pat. They have three wonderful grandchildren:  Sadie, Brendan and Nolan.

Coach Seggerson’s philosophy of coaching was simple. He started at the defensive end of the floor and built his teams from there. His teams were smart and played with a mental and physical toughness. He also insisted that the experience for his players include plenty of laughter and camaraderie.