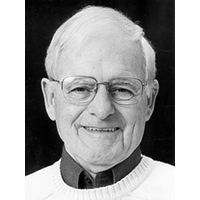 Bob Walsh is one of the five boys' basketball coaches in Ohio to achieve over 600 victories. In his illustrious career he has coached at Clearview, Oberlin, Vermilion, Elyria Catholic and Elyria High Schools. He had winning seasons at each school. Bob's recorded as a head coach spans 40 years and he has won 68% of his games. He has belonged to the OHSBCA for 47 years and served as District 3 Director of that organization for 19 years. When Bob started in coaching he was junior high football and track coach and high school assistant football coach until he turned his efforts to basketball.

Bob has been married to Maureen for 45 years. Their children are R. Michael Walsh and Christen Piedmont. Bob and Maureen have three grandchildren: Michael (11) and Mickenzie  Piedmont (7) and Ryan Walsh (1 1/2). Bo was a member of the Sheffield Lions Club and also the Knight's of Columbus #637 for over 45 years.