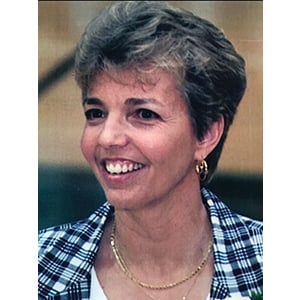 Carol Smith was born on July 21,1947 in Dayton, Ohio. She attended Miamisburg Schools and graduated in 1965. She was very active in sports and music. Carol played in the marching band and at the varsity level in basketball, volleyball and softball for each of her high school years. She was in the Nation Honor Society and an officer in many high school activities.

Carol went on to Otterbein College and graduated with a teaching degree in 1969. While at Otterbein she played, for four years, on the collegiate basketball, field hockey and softball teams. She was president of her Greek sorority and the physical education majors sorority.

She married in 1969 and had 2 children, Eric and Crystal. Both children graduated from The Ohio State University where Eric played collegiate Volleyball. Her daughter has blessed her with three grandchildren, Chad, Chance and Daniela.

Carol began her teaching career at Walnut Ridge High School in Columbus, Ohio where she taught Physical Education, Health and a work-study program for at-risk students. She taught at Walnut Ridge for 30 years, and retired in 1999. While at Walnut Ridge she started the girls interscholastic sport teams for basketball and volleyball. There had been no varsity sport teams for girls at Walnut Ridge until this point. She coached her basketball teams to three district finals and the State finals in 1977(second year of girls tournaments). Carol also originated the first Central district Basketball Tournament in 1975 as a precursor to the state tournaments the following year. She had several players on the Ohio all-state teams and 20 go on to play at the collegiate level, five at Division One. Her 16-year varsity basketball coaching win-loss record percentage was .761.

Carol published an article on The Little Things in Basketball highlighting the basic elements of the sport and wrote a book on the press for Prentice-Hall. She spoke at several District clinics on subjects ranging from Psychology of Coaching , How to Start a Girls Basketball Program and Working With the Officials. She also presented at the Ohio State Basketball Coaches Clinic speaking on the Zone Press.

Also while at Walnut Ridge, Carol was selected to serve on the All-Sports and the Basketball committees for the OHSAA. She served for several years on these committees formed to advance girls sports in Ohio. She also served as an advisor to the Central District Athletic Board for several years and represented her region on the Girls Advisory Committee for the OHSBCA.

Carol was the first (as reported by the media) woman to serve as the head coach for a boys varsity sport in Ohio. Carol coached the varsity boys tennis team for 4 years. She was also asked to fill a position as a football coach but had to decline with her first child being just three months old.

She received a bid in 1975 and attended the regional tryout for the 1976 United States Olympic Basketball team (the first-time women’s basketball was in the Olympics). She played AAU basketball after college and received several honors as a player. Carol was also selected to play in the Women’s Basketball Festival in Iowa (the USA Olympics for women’s basketball before 1976).

After a short respite, from coaching, she originated and organized the Ohio State Basketball All-Star game for Girls. The intention was to bring the coaches of the boys basketball teams and the coaches of the girls basketball teams together under one Ohio Basketball Coaches organization as well as to give the girls a platform on which to showcase the talented female players that Ohio produced. Carol ran the game for 9 years with McDonalds as the major sponsor. Carol was also selected to coach in the first Michigan-Ohio Basketball Game. She coached several AAU Basketball teams and other youth sport teams in which her children participated.

Carol received her Masters Degree from the University of Dayton in Educational Administration in 1992.

After her retirement in 1999, she moved to North Carolina where she taught for 4 more years. She taught several subjects and grades K-12 for at-risk students in those four years. Having missed her friends and family in Ohio, Carol moved back to Ohio in 2006 and enjoyed full retirement playing golf and pickleball, participating in family gatherings and spending time with her grandchildren.

Carol was married in 2016 after a 29-year relationship with her partner, Carol Hoffman. The couple resides in Dublin, Ohio.