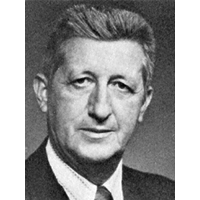 His championships included 4 Sectionals, 6 Districts and 1 Regional. CD was active in the OHSBCA, serving as President from 1975-77.

Coach Hawhee, also established himself as a great football coach along with track, golf and baseball - winning the state title in baseball in 1954. In 1973, CD was named AP Coach of the Year in basketball. In 1978, he received the coveted Paul Walker Award and in 1982 was inducted into the Naismith National Hall of Fame in Springfield, Massachusetts. His wife, Bea, is currently residing in Waverly, Ohio.