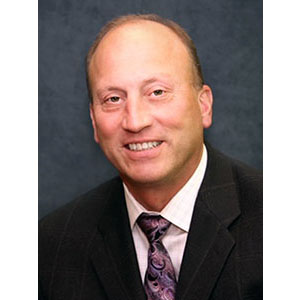 Following his tenure at Elida, Adams went to the University of Northwestern Ohio as athletic director, where he remains today. As athletic director, Adams has helped grow the Racers Athletic Department, which was revived and rebranded in 2007-08 with four sports: men’s and women’s basketball and men’s and women’s tennis. The department has since expanded into a nationally-respected crew of 14 traditional programs along with the three motorsports teams.

Along with his athletic director role, Adams was also the head men’s basketball coach for 10 seasons at UNOH. He posted a 154-154 record during his tenure and led the Racers to a Wolverine-Hoosier Athletic Conference co-championship in the 2014-15 campaign, a season that saw him being selected as the WHAC Coach of the Year.

He and his wife Jan, who have been married for 38 years, reside in Lima and have two children: a son, Drew, who is currently a men’s basketball assistant coach at Army, and daughter, Julie, a dietician in the Lima area. They have three grandchildren: Jency, Tilly and Eli.

For his success throughout the years, he thanks all the players, assistants, community, friends and family – he is truly humbled and honored to be an inductee into the OHSBCA Hall of Fame.