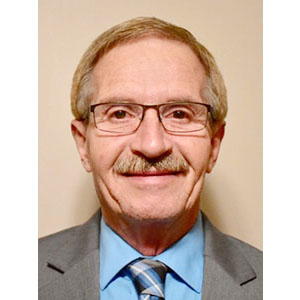 Dan grew up on a farm in Jay County, Indiana, the son of Harold and Ruth Schwieterman, along with six siblings: Connie, Steve, Ken, Rosann, Lori, and Harold Jr. Although he participated in many activities at tiny Bryant High School, his love for the game of basketball was greatly fostered by his coach, Dennis Wallace. While earning three varsity letters, Dan learned many important lessons about the fundamentals of basketball, competition, and leadership from his much respected mentor.

With his sights set on becoming a teacher/coach, Dan received his Bachelor’s Degree from Ohio University in 1976. He was greatly supported during those college years by his beloved grandparents, Aloys and Loretta Braun, from the Buckeye state. His first job opportunity came at Madison High School as a Physical Education teacher. While at Madison, in addition to his teaching position, he also coached varsity basketball and baseball, as well as serving as the athletic director. After this very rewarding year of experience at Madison, their consolidation into Buckeye Trail High School led Dan to make the move to the nearby Noble Local School District. He then maintained the boys’ varsity basketball coaching position at Shenandoah High School for the next thirty-four years.

Shenandoah became Dan’s “home” away from home, where he taught Physical Education for all grade levels, until gaining his Master’s Degree in School Counseling from the University of Dayton. He became the grade five through eight guidance counselor for several years, before assuming the kindergarten through eighth grade counselor position at the elementary school. Dan is entering his forty-third year of work in the Noble Local School District, where he has also had the opportunity to coach varsity baseball and cross country.

Coach Schwieterman was extremely blessed during his total thirty-five years of coaching varsity basketball. His accomplishments include being a part of eleven sectional championship teams and winning two district titles, while finishing as the regional runner-up in 1997. His teams won five Pioneer Valley Conference championships and two Ohio Valley Athletic Conference titles. He was named “Coach of the Year” in the PVC five times, while gaining similar honors in the Eastern District four times and twice in the OVAC. Dan has been an active member of the District 12 Coaches Association for forty-four years, serving briefly as their local President before becoming the State Director from 2003-2011. He has had the opportunity to coach in several local All Star games and was selected to coach in the 1992 North-South All-Star game. His overall career varsity basketball coaching won/loss record is 459-312.

Schwieterman has received the Bob Arnzen Award (1998), the OHSAA Sportsmanship, Ethics, and Integrity Award (2010), and the OVAC Earl Haberfield Coaches Award (2014). Among his most cherished memories would definitely be his years of involvement in the Ohio High Basketball Coaches Association, working among legends of the game and mentors such as Doc Daugherty, Don Henderson, Wayne Wiseman, Larry Wilson, and directors of the other local coaching associations, along with OHSAA Commissioners, Dan Ross and Jerry Snodgrass.

With this invitation to be inducted into the OHSBCA Hall of Fame, Coach Schwieterman is both moved with elation, thankfulness, and humility as he reflects over the past forty-four years of involvement with the game of basketball. The many opportunities that he has been blessed with are as follows: to establish lifelong friendships, to teach skills that can lead to success on and off the basketball court, to learn each day how competition can make you a better person, and to appreciate those individuals who are there to provide support every step of the way! This journey and the personal experiences that have accompanied it, has been so much more gratifying than any of his teenage dreams could ever have imagined.

Dan would like to thank all of the coaches, players, parents, fans, and school personnel for their participation, dedication, and hard work that made our basketball programs so special! He is most appreciative of the love, support, and understanding that Shelly, his wife of thirty-five years, has provided season after season! Her parents, Joe and Diane Krall, have played an important part in their family and career success. The three Schwieterman children, who all are former Shenandoah basketball players, continue to make Dan and Shelly so very proud of their accomplishments. Braun, Caleb, and Renee, as well as their extended families, have been a true blessing!!!