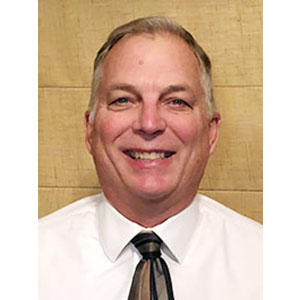 David grew up on a farm in rural Fort Jennings where his parents Jim and Janice raised their 6 boys and 2 girls. He graduated from Fort Jennings High School in 1974, where he was Junior and Senior Class President, and played basketball, baseball, and ran cross country. In 1978 he graduated from Bowling Green State University with a Bachelor of Science in Education with a major in Mathematics and in 1983 he received a Masters Degree in Education from the University of Dayton.

His coaching and teaching career started at Van Wert High School where he coached basketball at the 8th, 9th, and Junior Varsity levels and Varsity Track. Veteran coaches Frank Minnig and Rick Schilb were great mentors and helped shape not only his basketball philosophies, but how to develop meaningful relationships with coaches and players.

David has been married to his best friend and biggest fan, Cheryl, for 42 years. Her encouragement,“ God blessed you with three daughters, you should coach girls” provided him the push he needed to give it a try. Dave and Cheryl are the proud parents of Melissa, Amanda, and Megan and three son-in-laws Gary Snyder, Luke Brown, and Evan Dreyer. The five new joys in their lives are their grandchildren Violet, Leo, Carmen, Annabelle, and Edward James.

Coach Kleman gives credit to the total program for his success. His long time coaches, Vaughn Horstman and Deb Lindeman, as well as the players, administrators, parents, and community helped create a great culture for the girls to thrive. He considers himself very fortunate to have had all these experiences and relationships. Dave would like to thank all those who supported and helped him take this wonderful journey.