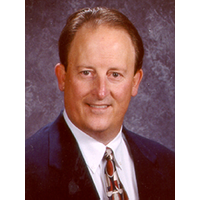 Coach Krauss graduated from Patrick Henry High School in 1972 and this is where he ended his coaching career. In 1977 he earned his B.S. Degree in Education from Kent State University and a few years later a Master’s degree in Guidance and Counseling from Toledo University. While at Kent State he played baseball for four years and was team captain. Dave Krauss began his teaching career at Colonel Crawford High School where he spent three years. His head coaching career began at Stryker High School in 1981 where he remained for four years. Dave then moved to Patrick Henry High School where he coached for 21 years. His teams won 308 games. This in an area where basketball is “king” and wins do not come easily. His total career coaching record included 365 wins. Coach Krauss has been a member of the OHSBCA since beginning his coaching career. He has served the State Association as a District 7 Director and as president of District 7. He has been a member of the State Directors Association for ten years working his way up to the Presidency in 1997 and 1998. Dave was a very efficient president and his leadership helped establish many changes for the betterment of high school basketball. He established the OHSBCA fall clinic in 1997, which has earned a reputation as one of the best clinics in Ohio. His teams won 17 sectional championships. At Patrick Henry High School his teams won six league championships (NWOAL), four District Championships, 1992, ’93, ’97 and 2002 . In 1992 and 1997 they were Regional Champs. In 1992 they were Division three State Runner-up. His team won it all in 1997! Dave has been married to his wife, Jenny for 30 years and they have three sons. Kyle, 29 (is married to Amanda), Eric, 32 and Marc. Dave belonged to the National Association of Basketball Coaches, the Deshler Men’s Association and the Hamler Men’s Club. They belonged to the Immanuel Lutheran Church where he served on the church council, on the worship committee and had been President of the congregation. His philosophy of coaching was: We always attempted to get our teams to give their best effort at all times. We were never consumed with “winning the game” but rather with the process; working hard, playing together, being enthusiastic, controlling what we can control, and having fun playing a great game!