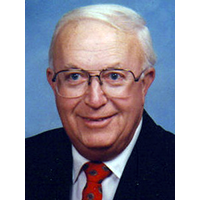 Dick graduated from Dover High School in 1946 and Wittenberg University in 1953. Aside from his basketball success Dick wore many hats. He coached a State Championship team in track and had outstanding cross country teams. He coached his daughter, Lisa in track who was the state champion in the 100, 220, and 440 events and held the state record in the 440. He served as Mayor of Arcanum and is presently a Darke County Commissioner. While teaching social studies at Arcanum High School, he was also the Assistant Principal.

His wife is Marilyn and they have three daughters, Gretchen, Lisa and Molly.