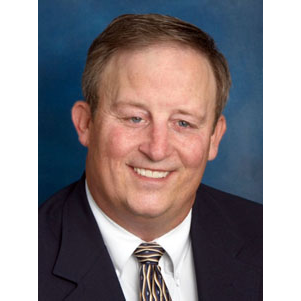 Doug Krauss grew up in northwest Ohio and graduated from Patrick Henry HS in 1972.  He was fortunate enough to have played for HOF basketball coach Steve Kick, HOF baseball coach Garrold Parratt, and a great football coach, Bob Bauerle.  These three men, along with his father, Dick, were key role models that helped push Krauss into the education field and coaching.

Krauss attended Findlay College, graduating in 1976, where he lettered 4 years for the baseball team. In 2008, he was inducted into the Findlay Athletic Hall of Fame.  After graduating, he headed to Archbold to begin a career that spanned 41 years.  He started in 1977 as a 6th grade teacher and assistant wrestling coach, and retired from education as the athletic director in 2006.  Throughout that period he also coached baseball and freshman football.  After coaching hoops for 6 years at lower levels, he was named the head coach at Archbold in 1985.  Krauss hung it up after 34 years(2017-18) with a 563-219 overall record, which included 18 NWOAL conference titles(7 consecutive 2010-16).  His Bluestreak teams earned 10 regional trips and qualified for the Final Four 5 times(in 3 different decades), and the 1996 team finished as state-runnerup with a 26-1 record.

Krauss takes great pride in that his coaching staff of Joe Frank and Mike Kennedy coached together for Krauss’ entire 34 years. Dave Walker moved into the freshman position(now 30 yrs) when Kennedy was moved up to Varsity Assistant. Krauss also just made a few changes over the years in his JH positions and is very appreciative and thankful for his entire staff’s dedication.  He also enjoyed coaching all his players, whether a starter or a player off the bench. It was about the team, and doing it the right way.  A big part of his coaching experience involved building great relationships with his players, staff, and other coaches, which he treasures immensely.  Krauss liked to keep things simple and he always had a couple of last second pregame instructions, “Play Hard and Have Fun!”

He is thankful for the tremendous support of his lovely wife, Sue, and for the love of his children, Laura Price(Rob), Tim(Jodi), and Amy Huff(Todd).  Doug and Sue have been blessed with nine awesome grandchildren. Doug’s parents, Dick and Donna, attended many games when possible and always had a positive comment.  For Coach Krauss, it’s been a great run at a great school/community with great people!