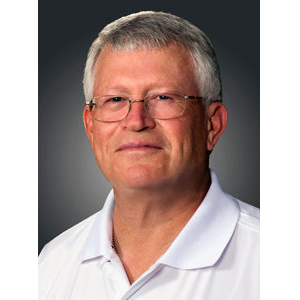 His coaching career began at Mechanicsburg High School in 1973 where he began coaching football, basketball and baseball. Veteran coaches Jerry Wasserman, Tom Franz, and Ron Dixon were great mentors and influenced him forever. His coaching career continued for a total of 44 years. During these years he coached freshman boys basketball, reserve boys and girls basketball, football, baseball, softball and volleyball for one year.

Through all the successes, Coach Foulk has always given credit to all the players, outstanding assistant coaches, administration, parents and family.

The Kenton Ridge Lady Cougars have always been known for up-tempo, running and scoring. They have scored over 100 points more than 50 times and a high game of 136 points. The Lady Cougars have always played in Holiday Tournaments, playing 26 times against out of state teams. Two Kenton Ridge players have earned All-American Honors, 35 All-Ohio Honors and 30 had the opportunity to play college basketball.

Ed has been married to Peggy, his best friend, for 45 years. They have three sons, Chad, Brad and Brett, and two daughter-in-laws, Trish, a KR point guard 1996, and Amanda, a Graham point guard. They have 5 grandchildren: Luke, Lily, Mylee, Lincoln and Lexi.