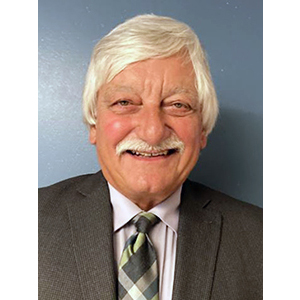 Ed Heintschel was born and raised on the eastside of Toledo. His mother was widowed at the age of 30, and she raised four children aged 7,5,2, 5 months at the time of her husband’s death. Her strength and determination were a source of inspiration to her family. A 1968 graduate of St. Francis de Sales High School, Coach played basketball at St. Francis and played in the first ever varsity basketball game between St. Francis and St. John’s during his senior year. He began college at St. Joseph’s College in Rensselaer, Indiana; he was a member of the freshman basketball team. After his sophomore year, he transferred to the University of Toledo where he earned bachelor’s and master’s degrees.

Upon graduation from the University of Toledo, Coach taught one year at OLPH Grade School in Toledo and was a volunteer coach at St. John’s for its “B” freshman basketball team. The next year, St. John’s hired him as an English teacher and junior varsity basketball coach. After five years, in 1979, Coach was named head coach and athletic director at St. John’s.

Coach Heintschel finished his career with 725 wins and 224 losses. The wins rank him 4th all time in the state of Ohio 1st among Division I coaches. His teams have won 20 or more games 18 times and, at one point, a string of 7 consecutive seasons. He had plenty of help with outstanding assistant coaches and a plethora of great players and kids. Eight players were named 1st Team All-Ohio. 20 players went on to play Division I college basketball and 2 played in the NBA. A very large number played at Division II and III colleges as well. Countless other players contributed with less roles but equally important for the team’s success.

Ed Heintschel has three children. Damion, 45, is an English teacher in Seattle and has a son Oscar, 13. Coach’s daughter, Dr. Kim Ramadan, is married, living in Chicago; she and Sherif have two children, Rylee, 6 and Ryan, 2. His son Ted also lives in Chicago with his wife Chelsea and their two children: Eli, 2, and Roslyn, 8 months. Coach’s wife passed away in 2002 after a three year battle with breast cancer. She was the ideal coach’s wife who balanced work and family while dealing with a hectic schedule.

Coach Heintschel is humbled to be a part of this great Hall of Fame with all its outstanding members.