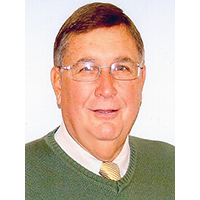 Coach Frank Phillips graduated from Gilmour Academy High School in 1963. In 1967 he graduated from Baldwin Wallace College. Frank has been a long time member of the OHSBCA and served as District 2 Director for the Association for four years. He served as President of the Lorain County Coaches Association for three years. Coach Phillips was the head coach of girls basketball at Vermillion (1983-1991) where he won three conference championships, four sectional championships and District  runner-up . At Chagrin Falls (1991-2005) they won four League Championships, three District Championships, two Regional Championships and won the State in 1998 with a 28-0 record. His teams won 348 games over a period of 23 years. In 14 of those seasons his team averaged 16 wins a season. Frank’s personal honors include at Vermillion: AP District Coach of the year – two times, District 6 Coach of the Year in 1988 and 1991, coached in Lorain County All Star Game in 1991; At Chagrin Falls: AP District Coach of the Year – four times, AP State Coach of the Year – two times, Greater Cleveland Coaches Association Coach of the Year – two times, OHSBCA State Coach of the Year (1997), OHSBCA North/South All Star game coach (1998), finalist for National Coach of the Year (San Diego 1999). Frank has also worked as Camp Director for Austin Carr’s camp (boys) and Ursuline College (girls). Frank is currently enjoying retirement with his wife, Laurie. Their sons are Michael (26) and Matt (24). He continues to be involved in coaching with the Falls boy’s golf team. He does volunteer work with Habitat for Humanity in Geauga County and  the Boys and Girls Club of Greater Cleveland. Coach Phillips believed that working hard, learning and copying from the best coaches, adapting your material to their talent, along with great players, and a lot of luck will allow for most teams to be competitive. Most importantly, one must surround himself with the best most sincere people whom the players know will defend them whenever it’s needed.