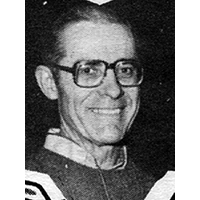 Fred Church started his coaching career at Edon High School in 1949, where he coached for seven years. After this tenure, Coach Church turned and ended his career at Napoleon High School after a twenty-five year stay with a State AA Championship and a perfect 28-0 record in 1981.

Fred was very active in the OHSBCA and served as its president for two years. Fred, also was a highly respected football and baseball official for many years. Fred concluded his coaching career with an outstanding combined record of 424 wins and 232 losses.

Currently, Fred is residing in Napoleon, Ohio with his family enjoying life and following the Napoleon High School basketball fortunes.