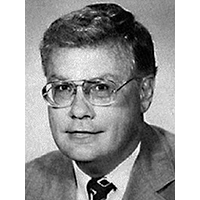 Fred R. Taylor served as head basketball coach at The Ohio State University for 18 years, 1959-1976. During this period Buckeye basketball enjoyed its greatest success with 7 Big Ten championships, including one stretch of 5 in a row, the only time this has been accomplished in Big Ten history.  Under Taylor Ohio State won a National Championship in 1960, was runner-up both in 1961 and 1962, and finished third in 1968. Taylor guided the Buckeyes into 5 NCAA tournaments, winning the regional four times. With Taylor as coach, Ohio State played 18 NCAA tournament games, winning 14 and losing only 4. His overall record at Ohio State was 297 wins, only 158 losses, for a winning percentage of .654.

The 1960, 1961 and 1962 Ohio State teams were regarded as among the finest in collegiate history. These three teams compiled an overall record of 78-6, including a 68-4 during the regular season. All five starters from the 1960 National Championship team played basketball in the NBA and one, John Havlicek, has become the fourth leading scorer in the history of professional basketball. Taylor was voted "College Coach of the Year" both in 1961 and 1962.

Numerous records were established while Taylor coached at Ohio State. A few of the most notable include: 32-straight victories, 47 straight regular season wins, 27 straight Big Ten victories, 50 straight wins at home, and 34 straight Big Ten victories at home. The 1970 Buckeyes team held the rare distinction of leading the nation in field goal and free throw percentage. Taylor is past president of the National Association of College Basketball Coaches and served for many years on the University Division of the NCAA Tournament Selection Committee.

Fred is a native of Zanesville, Ohio. He played center on the Ohio State basketball team of 1948, 1949 and 1950, the latter year when the Buckeyes won the Big Ten title. In baseball, Fred was a fine first baseman, winning All-American honors in 1950. Following his graduation from Ohio State in 1950, Taylor signed a professional baseball contract with the Washington Senators. He spent four years in baseball, ranging from Class AA to the Senators. In the fall of 1953, he accepted a position with The Ohio State University as freshmen basketball and baseball coach. Fred and his wife, Eileen, have four daughters.