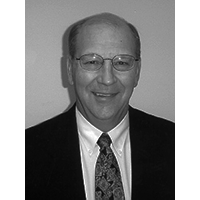 There are only a handful of coaches in Ohio High School history who have achieved more wins than Coach Shaffer of Washington Court House. Throughout his 36-year career, his teams were synonymous with winning as they collected 561 wins with a 70.6% winning average. Gary began his basketball career as a walk on at West Virginia University in 1962. After graduation he took his first coaching job in Easton, Maryland, establishing a record of 23-0 and winning the state championship. The next year he and his family moved to Ohio where he spent 29 years of the next 35 years coaching in Washington CH. Thirteen years into his career he left to pursue a position at Cross Lanes Christian School near Charleston WV where he compiled a record of 122-23 in six years. However, it was in Washington CH that he put together a record of 416-210. In addition to winning a total of 561 games in his career, he won one state championship, 3 regional runner-ups, 5 district championships, 13 sectional titles and 7 league championships. He was named 9 times his league's Coach of the Year, 5 times District Coach of the Year and the Division II Coach of the Year in 2001. Coach Shaffer had many great players over the years, but it was his ability to get the most out of his players and playing a tenacious team defense that brought success to the program. Most of the practice time was devoted to defense and Court House is well known for the "mixer" defense. He accomplished this through his motto "Attitude is Everything" and his belief that basketball can teach one a lot about himself and how to handle life situations in a positive way, success will come if you work hard, be unselfish and don't complain. The wins and championships were wonderful, but Gary's greatest joy came in coaching his four sons, Gary, Grant, Greg and Gale. Anyone who knows Coach Shaffer knows that he attributes his success and longevity to his faith and trust in Jesus Christ and to his wife of 36 years, Jean. Gary says, "In addition to keeping statistics for the team she has kept me in line since high school." Gary and Jean are exceptionally proud of their family: Gary and Jill, Grant and Sharon, Greg and Shayne, Gale and Megan, and grandchildren Brooke, Brian, Abigail, Jonathon, Courtney, Lee, Samuel and Mackenzie.

Gary is a member of Fayette Bible Church and has served as a deacon and member of the school board of Fayette Christian School. He is grateful for the support of his community and believes it is a big reason for the success of the program. He has touched many lives through his coaching and taught not only the game of basketball but the game of life.