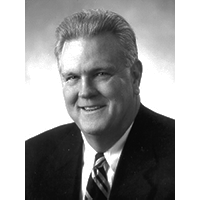 Gary attended the Lakewood School District were he played football, basketball, and baseball; graduating in 1962. He continued his education at Capital University majoring in history and graduating in 1966. While at Capital he earned seven letters, three in basketball and four in baseball. He was co-captain of the 1965-66 basketball team and led the team in scoring. In baseball he was twice named the most valuable player and ranked near the top of the Ohio Athletic Conference in most pitching areas. Gary earned his masters degree in 1970 from Ohio University.

Walters spent one year at Licking Valley and began his teaching and coaching career at Newark in 1967. He coached the freshmen in football, basketball, and track teams at Roosevelt Junior High School compiling a record of 96-9 in all sports. In May of 1972, he was appointed as head basketball coach at Newark High School where he served for twenty-seven years until his retirement in 1999, with a record of 409-199. During his tenure Newark won twelve league titles, seven district championships, and one regional championship in 1981. It was during this year that his Newark Wildcats, led by Mike Giomi, played one of the most memorable games in state tournament history, losing to Dayton Roth 83-81. Over fifty of his former players went on to play college basketball.

Gary lists as personal highlights in his outstanding career as being selected for the Paul Walker Award in 1999, being nominated for the National Teacher of the Year, and being elected President of the Ohio High School Basketball Coaches Association, and his induction into the Hall of Fame. His personal philosophy is guided by several principles: be yourself; organization and attention to detail are keys to success; and high expectations for all students.

Gary has been married to his wife Vicci for 32 years and they have two sons, Kyle 28, a teacher at Newark High School and Vince 21, a student at Capital University.