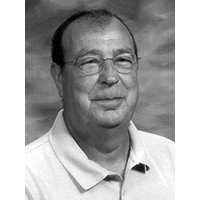 Jack Clouse graduated from Parkway High School in 1963 and from Manchester College in 1967. His coaching duties at Celina High School included 36 years as assistant football coach, 14 years as assistant baseball coach and various levels of Boys Basketball (8th Grade to Reserves from 1967-1983). He was the Girls Varsity Basketball Coach from 1983-2004.

Coach Clouse's success and any honors he received were directly related to the community in which he lived. The student-athletes in Celina understood the work ethic, and they thrive on competition that it takes to be a winner. He said "I have been very fortunate to work with coaches who were very knowledgeable, loyal to the program and dedicated to teaching the sport. My family has been very supportive of me and they understood the demands of the coaching profession."

Jack has been married to his wife Gloria for 38 years. Their daughter Julie Berry and her husband Don, have three children, Kyle, Ryan and Jenna. Their son Jim has a daughter, Madison and their second son, Joe is a senior in high school.