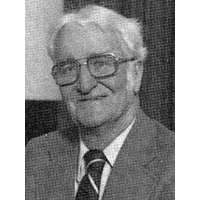 He has received a variety of honors, including induction in the Ohio Prep Sports Writers Association's Hall of Fame in 1990, and writing awards for the OPSWA and the Ohio Associated Press Sports Writers Association. He also has been honored by the Ohio American Legion for assistance at the state Legion Baseball Tournament, and by the Green and White Club, the OU booster organization. He is a lifelong member of the Green and White Board of Directors, and has served as secretary for a number of years. He was commissioned a Kentucky Colonel in 1992. He is the son of Mrs. Thomas H. Metters of Athens, and the late Mr. Metters, who died in 1949.