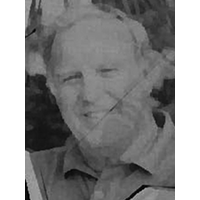 Jackie Moore spent most of his life and coaching career in Columbus, Ohio. After graduating from Columbus South High School where he played basketball, Football and baseball, Jackie graduated from Ohio Wesleyan in 1949. Jackie served for two and half years in the US Nave in the South Pacific during WWII.

Some of the highlights of Jackie's coaching career included 12 years at Columbus East High School and 19 years at Columbus Walnut Ridge High School. He earned Coach of the Year honors in 1955 and 1971, coached in the North-South Cage Classic in 1955 and 1971, was the recipient of the prestigious Paul Walker Award in 1980, was a past director and President of the OHSBCA, and won seven District Championships - most every by any in the Central District.

He currently has former players playing in the NBA and some have become coaches. Former Governor James Rhodes recognized Jackie for his contributions to Ohio Basketball and Ohio Youths. Coach Moore compiled an overall record of 291-260 and one of his greatest thrills was his state championship in 1971 at Columbus Walnut Ridge High School.

At age 63, Jackie, currently resides with his wife Barbara, daughter, Kathy and sons, Scott, David and Steven; along with four grandchildren in Columbus, Ohio.