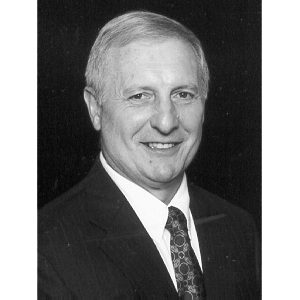 James has been an active coach in The OHSBCA for 39 years and his teams have won 453 games. His coaching career began at Gnadenhutten High School, followed by head coaching positions at Western Reserve, Waynedale, Cardington and Garaway. His final 20 years of coaching were at Canal Fulton Northwest.

In 1982 while at Garaway, his teams were league champs, sectional champs and district runner up. At Northwest, his teams won the NBC league in 1997, 1998, 2003, 2004 and 2006. They were sectional champs 13 times in those 20 years. Highlights of his Northwest tenure included coaching all five of his sons, winning 40 consecutive regular season games and, 30 consecutive NBC league games. In 1998 his team went 20-0. They were Division II AP Poll Champions. In 2004 they were 25-2 and Division II State Runner up.

Throughout his career, Coach Lower emphasized defense, hustle and unselfishness. He believes a coach’s true purpose is to make a positive difference in a player’s life.

Coach Lower and Patty, his wife of 41 years, have five sons (Brian and wife Marcia, Steven and wife Joanna, Micahel and wife Liza, Kevin and wife Amy, and Jon) and 12 grandchildren.