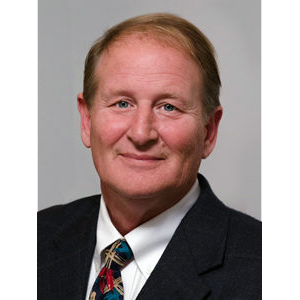 John graduated from Oak Harbor High School in 1977 and went on to earn his Bachelor’s Degree in Agricultural Education in 1981. John is the owner of Shoot-A-Way, located in rural Upper Sandusky, and the inventor of products that coaches throughout the world are using to improve the skills of their basketball players.

In Jr. High School, John designed a basketball return system to help him get up more shots in a shorter period of time. While at Ohio State University, John re-designed the system and offered it to coaches as a tool for improved shooting. Most coaches were skeptical of the machine, but in 1982, a very successful basketball coach purchased the first one. John knew that if one successful coach liked it, thousands more would as well! Currently, over 10,000 Shoot-A-Ways have been sold across the country! But, that was just the tip of the iceberg. In 1998, John wanted to come up with a way for the ball to be passed back to shooters, and that was when the “Gun” was created. Now, over 21,000 “Guns” are being used by schools to help kids work harder and get better faster. And that is the goal of Shoot-A-Way!

John says the greatest rewards are the letters and pictures from coaches and players thanking him for giving them a way to reach their goals and achieve success. That is what keeps his passion going for developing new products. The success of Shoot-A-Way is only for the blessings of God, and John wants to honor God in all that he does.

John has been married to his wife Kris for 35 years. They are the proud parents of four girls: Jenny, Sarah, Emily and Becky. They have four son-in-laws: David Edwards, Andrew Hutson, Brad Niley and Scott Fraker. And, they also have nine grandchildren: Ethan, Ava, Audrey, John, Kaleb, Hope, Aaron, Noah and Daniel.

John has dedicated his life to helping coaches develop better players and is humbled and honored to be an inductee into the OHSBCA Hall of Fame.