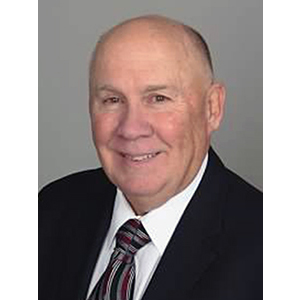 John Cullen grew up in Canal Fulton Ohio with his parents Nell and John B. Cullen (the
town Mayor) and his sister Diane and his brother Bill. He graduated in 1968 from Northwest High School and headed to Kent State University with the goal of becoming a teacher/coach. He graduated from Kent State with a B.S. in Education degree. He also received his Masters in Secondary Administration from Youngstown State University.

Cullen then accepted his first job at Brookfield High School in Trumbull County. He was an assistant there for 5 years and was lucky enough to be influenced at a young age by some phenomenal coaches. Larry Seafert his Brookfield Mentor won 4 District Titles with a trip to Columbus in 1976. His other influential coaches were Ed McCluskey of Farrell Pa. (7 state titles), Charlie Huggins (3 Ohio state titles) and Tom Titus who he replaced at his longest tenure at Canfield High School

Then in 1978 coach Cullen accepted his first head coaching job at Joseph Badger High School where he started 4 sophomores and was greeted to a blistering 1-18 record. Those same kids went on to regionals as Juniors and to the State Finals as Seniors. This season was the year of Cullen’s biggest error in his career. That was the 1st year freshman were eligible and he did not play Dale Blaney as a freshman who went on to make the Los Angeles Lakers and is considered to be the best player to have played in the Youngstown area. The next year 1979 Cullen was recruited to come back to Brookfield high school where he spent the next three seasons and won 2 district titles.

The summer of 1982 he was asked to apply at Canfield High School. He spent the next 28 years as a Cardinal. He had a record of
433-190 at Canfield with 5 District championships and 11 league titles. He will forever be grateful to Canfield for being selected to the Hall of Fame and having the court named after him.

Next in 2010 Coach Cullen went to Youngstown State University and coached on the Women’s Staff of Bob Boldon who is now at Ohio University. He did this for 3 years and when the staff went to Ohio U., Cullen stayed in Youngstown and went to South Range High School as their Boy’s coach. He stayed there for the next 8 years and had a record of 126-67. He retired in 2021 and was asked to help Springfield Local to assist Jeff Brink as he came back to his home school.

Cullen is very grateful for the several awards he received as a coach. At the state level he was awarded the prestigious Paul Walker Award, the National High School Basketball Coaches Association Coach of the year and also the Midwest United States 9 state region Coach of the Year. He coached in the North South All Star Game in 1993. He received the Bob Arnzen award and was District 1 Coach of the year 3 times. Locally he received the Mahoning Valley Coaches Association award 23 times and was selected as a Curbstone  Coaches Association Hall of Fame award winner. He has retired with a 597-295 Record. John is very proud to have 58 former assistants or players who have become head coaches at both the high school, college and professional levels.

John would like to thank his wonderful wife Roseann for sharing the last 21 years of his coaching career with him. We all know how hard that job is for wives but it is great to share the experience with them. He would also like to thank the loyal assistant coaches that made all of this possible along with the administrators, players, parents and fans that provided our teams with the community spirit that makes high school basketball the great experience it can be when everyone is on board.