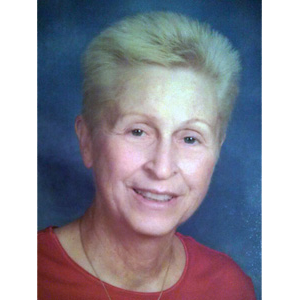 Karen was born in Iowa and raised in rural Missouri where her family still resides.
She is a 1963 graduate of Morgan County RII High School in Versailles, Missouri. She completed her degree in Math and Physical Education at Concordia Teachers College in Seward, Nebraska in 1967. She competed in 4 sports (field hockey, basketball, softball, and track) while she was in attendance and received the Athlete of the Year Award in 66-67.

Karen was called to teach at Lutheran West High School in 67-68. She soon earned her Master’s Degree in Education at Kent State University and then attended additional classes at Cleveland State University.

She has been honored to coach for the Ohio North-South All-Star Game in 1998, to coach for Greater Cleveland Basketball Coaches Association East-West All-Star Game for 2 years and was chosen as Ohio Coach of the Year for 4 years and received Coach of the Year in her conferences for 21 years. Karen also coached Track and Field for 25 years and coached the men’s golf team for 14 years while starting the women’s golf team at West

In 2009, the Lutheran West gymnasium was dedicated to Karen “The Rock”. It was named “The Rock” because Karen has always attributed the success of her teams to her Rock of Salvation-the Lord Jesus Christ. Her desire was to help all players see the importance of Jesus Christ in their lives.

Karen retired from teaching at Lutheran West in 2012 after 45 years of teaching math and Physical Education. Presently, Karen is on the on the board of directors of the Ohio Basketball Hall of Fame. She stays active working out at the YMCA, biking, camping, fishing, gardening and golfing and substituting at Lutheran West. She enjoys playing in the Senior Olympics and has qualified for the National Senior Olympics in Shot put, discus, Badminton and Pickleball. Her family (3 brothers and their families) lives in Missouri and she loves traveling to see them. She is especially grateful for all the great kids that she has coached and taught as they have touched her life in many positive ways.