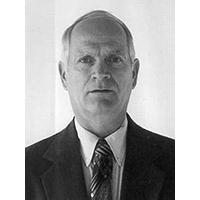 After graduating from Findlay College in 1968, Coach Sooy began his coaching career at Midview High School. Two years later he moved to Elyria High School where he coached both baseball and basketball. His baseball teams were a combined 24-0. In 1972 Coach Sooy was named head basketball coach at Firelands High School. At Firelands his teams won eight conference championships and three runner-up in eleven years. His 1980 team won 24 consecutive games before losing in the regional semis. Coach Sooy's record at Firelands was 188-45. He was named Coach of the Year nine times. The next four years were spent at Elyria High School in the old Buckeye Conference. In his first season Coach Sooy would win the Championship and be named Coach of the Year. On championship, two runners-up and a 65-27 record concluded the four years at Elyria. Coach Sooy's final coaching stop was at Medina High School where he coached for eleven seasons. Four more championships and a record of 170-73 concluded his coaching career. He was named Coach of the Year in the Pioneer Conference four times and received the Plain Dealer greater Cleveland Coach of the Year honors in 1993 and 1997. In 26 years of varsity coaching, Coach Sooy's teams won 423 and lost 145 games for a winning percentage of 75. His average season record was 16.2 wins and 5.6 losses. One noted highlight was that he never received a technical foul during his career. Quotes from former players: "He makes every student-athlete feel like they're an important part of the team, whether they're starting or coming off the bench. We all work for one goal; for the team to win." Fellow coaches say, "The example he sets, and the sportsmanship he exhibits are by design, and he does so much off the court for players and students that makes him a tremendous person and successful teacher." Coach Sooy was a longtime member of the Ohio High School Basketball Coaches Association, and the Lorain County Basketball Coaches Association, and the Greater Cleveland Basketball Association. He is a member of the Keystone High School and Findlay College Halls of Fame. Coach Sooy was known for his professionalism both on and off the court. He believes in teaching fundamentals, individual roles within the team, and 'team' first attitudes. Some reasons for success: The Grace of God, tremendous family support, and surrounding oneself with great assistants and players. Keith has been married to his college sweetheart, Pat, for 34 years and describes her as the "perfect coaches wife". They have one son, Ryan, who was a 1,000 point scorer at both Medina High School and Baldwin Wallace College.