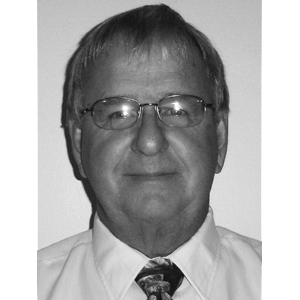 Coach Jordan graduated from Southeastern High School in 1964. In 1969 he earned a Bachelor of Arts Degree in Education from Morehead State University He received a Masters Degree from the University of Dayton in 1984. While at Morehead, he played varsity basketball for three years and was team captain senior year. He also played in the Kentucky-Tennessee All Star Game in 1969. His coach was the legendary Adolph Rupp.

Larry spent the next 26 years at Southeastern High School He was head boys basketball coach, where his teams won 433 games and lost 171. Larry’s first season, his team went 20-0 regular season. Southeastern was defeated by Hall of Famer Carroll Hawhee and Waverly High School by two points in district finals. The next 25 years Southeastern teams won 15 sectionals, 8 districts, 3 regionals, and played in the 1977, 1981 and 1990 state tournament. Larry’s sons, Mike and Chad, played on the 1990 team.

In 1996, Larry took an administrative position at Waverly High School He also coached varsity basketball until 1999. His team record was 33 wins 30 losses. Larry returned to Southeastern in 2000 and coached varsity boys basketball for seven more years. His team’s record was 105 wins 72 losses. The team won three sectionals and two districts.

Larry completed his coaching career at Jackson High School from 2007- 2009. His team record was 15 wins 26 losses. Larry’s total wins were 586 and 274 losses. Larry was conference coach of the year 15 times, district coach of the year 6 times, and Associated Press Southeast Coach of the Year 3 times. Larry served as the district director for District 14 of the OHSBCA. He coached in the OHSBCA North-South game. He also was the 2008 recipient of the Paul Walker award.

Larry married Joyce Ferrell in 1969. They had two sons, Mike and Chad. Mike has three daughters, Kylie, Anna, and Kristalyn. Chad and Tara have a son, Broc, and a daughter, Scotlyn. Larry and Joyce are members of the First Wesleyan Church in Chillicothe Ohio.

Coach Jordan’s coaching philosophy: surround yourself with good people, get your players to play hard, play as a team, and have fun.