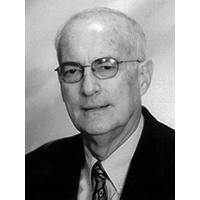 Larry was one of the founding members of the Greater Cleveland Basketball Coaches Association (GCBCA). He was always active in the association. There have been many coaches in District 2 that have deserved a nomination to the OHSBCA Hall of Fame, but didn't have the wins, the state/local involvement or the impact on basketball over a lengthy period of time. Larry had them all. Beyond the obvious statistics (208 wins a a head boys coach and 288 as a head girls coach for 508 total wins, 37 years as a head coach and 6 as an assistant), Coach Chernauskas represents the glory years of Cleveland boys basketball (West Technical High School) and then was instrumental in developing the notoriety of the girls game while at St. Joseph's Academy, Gilmour Academy and Magnificat. Larry was the original Director of the Austin Carr Basketball Camps including many of the great male/female athletes of his era (including Clark Kellog, Tom Tupa, and Scott Roth to mention a few). He has been a professional link to the boys game during the 50s, 60s and 70s while helping to bring the Northeast Ohio Girls game to a high level of respectability around the state in the 80s and 90s. Larry's philosophy of teaching/coaching youngsters basketball and teaching mathematics for over 40 years at six different public and private schools has been: "Teach 'em the right way to do it, make 'em do it, make 'em do it the right way every time." He has been inducted into the West Tech and Gilmour Academy Hall of Fames. As a member of the St. Joseph Hall of Fame, Larry was named the "Most Respect Opponent." He was honored by the GCBCA in 2003 as its Dustin Lustig Golden Deeds Award Winner for his contributions to the Association and to the Greater Cleveland Basketball. Coach Chernauskas's team appeared in 8 Regionals and 2 Final Fours. He was GCBCA Coach of the Year for boys in 1960 and 1963, likewise for girls in 1993. He was named "Cleveland's Favorite Basketball Coach" in a 1967 Plain Dealer Poll. In 1948, Larry graduated from Vandergrift High School in Pennsylvania where he was a 2-year letterman. He graduated from St. Joseph's College also in Pennsylvania in 1952, lettering all 4 years. Larry has been married to his wife Janet for 47 years and they have three grown children (Larry, Laura and Linda) and seven grandchildren (Rob, Kristina, Carrie, Molly, Michael, Matthew and Sarah).