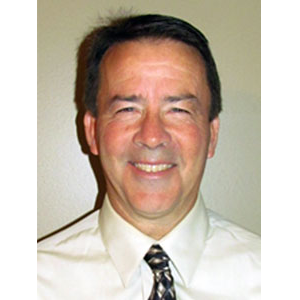 Coach Huffman began his career at Franklin Local Schools in 1976.  There he coached freshman basketball and junior high football (enjoying an undefeated 7-0 season in a sport “he didn’t know much about.”)

In 1979 he returned to Skyvue High School, his alma mater, as head baseball coach and jv basketball coach. Starting in 1980-1981 he became the head basketball coach also. The 1983-84 basketball season seemed almost magical. On their way to Columbus Class A state tournament, Skyvue beat Hiland in the District Finals (the last high school game coached by Charlie Huggins). In the Regional Finals, Skyvue beat Wellsville, who returned all starters from their 1983 Class AA State Semi-finals team.

In 1985 the Skyvue basketball team again returned to Columbus after a triple overtime win over Hiland at the Convo in Athens. A heart-breaking loss in the State Finals to Jackson Center didn’t stop this group from coming back to Columbus two months later in the State Baseball Tournament. Coach Huffman and many of the same players won the Class A State Baseball Championship in 1985.

Almost every game played by Skyvue was against an opponent with a bigger enrollment.  In 1994-1995 Skyvue and Woodsfield High School were consolidated into Monroe Central.  Coach Huffman retired from coaching after the 2002 season. Coaching the 1986 North-South all-state game, PVC and OVAC all star games were other highlights of his career.

Some of Coach Huffman’s innovative ideas included creating and coaching a pony and colt league baseball team. In basketball, they built jump boxes and did plyometrics, never having a weight room. His philosophy was pretty simple: “Give 100% and enjoy the great game of basketball.” Practices were harder than games. Good conditioning was a necessity for their fast style of play. He always said that the secret to their success was “great kids, great parents, and great fans.”

Coach Huffman would like to thank all of the coaches from third grade through high school who made his job better, as well as the people involved in making this award possible.

Coach Huffman works part-time for the Ohio Valley Educational Service Center. He has six children: Tina (teaches in Michigan), Scott (works for Merck in Columbus), Erin (on the Air Force base in Colorado   Springs), and Nicole (senior at Wheeling Jesuit). David and Daniel attend Skyvue Elementary where his wife Susan is a teacher.  He also has seven fantastic grandchildren.