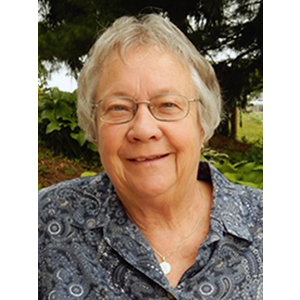 Studying Mary Jo Huismann’s resume is enough to make your eyes swim: The storied high school basketball coach has a career record of 717 wins, 384 losses. Six hundred and ninety-six of those wins came at Mother of Mercy, where she coached for 46 years. Think about that for a minute: Over a span of almost five decades, her teams won two-thirds of their games. They had twelve 20-win seasons along the way, including eight consecutive years of 20 wins or more (1988-1995). Under Coach Huismann, Mercy won 18 Greater Cincinnati League championships, 21 Sectional titles, and 15 District crowns. In 15 Regional appearances, they won the title three times. Three times (in 1980, ’89, and ’90), they finished state runner-up.

These numbers—as impressive as they are—tell only part of the story, though. To understand the impact Huismann has had on high school sports, you need to look a little closer and dig a little deeper. And you need to begin at the beginning.

When Huismann graduated from Mother of Mercy in 1965, she did so without ever having played a single game of high school basketball. It wasn’t for lack of desire. She loved sports, especially basketball and softball, and she thrived on the competition, and the camaraderie, that team sports offer. It was a lack of opportunity, plain and simple. In the 1960s, girls had precious few chances to play organized sports. Mercy didn’t even have a basketball program until the year following Huismann’s graduation. Neither did Iowa’s Briar Cliff College, where she earned her bachelor’s degree. After college, Husimann returned to Ohio, and from that point on, she made it her life’s work to create opportunities for young women in sports. And what a life’s work it has been.

In 1969, Huismann became a graduate assistant basketball coach at the University of Cincinnati (UC), earning a master’s degree in education in addition to her coaching duties. She later coached for two seasons at Capital University in Columbus, Ohio. In 1972, she accepted a position—several positions, really—at her alma mater. Huismann joined Mother of Mercy as the Athletic Director (AD), full-time teacher (of both physical education and health), and head coach of volleyball, basketball, and track and field. As AD, a position she held for 39 years, Huismann helped develop a comprehensive and expansive athletic program, which rapidly grew to include 11 sports and 22 teams. For the first two years of her Mercy career, Huismann also volunteered as the head women’s coach at UC, driving from Westwood to Clifton each evening for practices. She volunteered because if she hadn’t, UC wouldn’t have had a coach at all, and the team would have been forced to disband. For Huismann, that reality was unacceptable. Throughout the 1970s, Huismann also played and coached women’s competitive recreational softball.

By the 1980s, Huismann began to focus her energies more narrowly on basketball, the sport that was, and is, her passion. At a time when very few people cared much about womens’ and girls’ basketball, she worked tirelessly to change the metaphorical landscape. She organized summer leagues to allow more girls to play the game and she helped bring AAU programs to Cincinnati. She even recruited many high school coaches to act as volunteer coaches for over 20 AAU teams in various age groups. During her career, Huismann has served on the National AAU Advisory Board and directed two National AAU Championships (1991 and 1996). In addition, for the past ## years, she has conducted camps for elementary-aged girls to provide them with fundamentally sound instruction in the basics of basketball.

Given Huismann’s successes on the court, it’s no surprise that she has been asked to coach a plethora of All-Star Teams. Highlights include the 2003 McDonalds All American game in Cleveland; the Ohio/Michigan Game in 1988; the Ohio North/South Game in 1989; and many City of Cincinnati All-Star Games. Huismann also was selected to coach at the Women’s Basketball Coaches Association (WBCA) national camps in Rochester and Chattanooga in 1992 and 1994.

Despite the many responsibilities she has shouldered, Huismann clearly prefers her role as “coach” to any other. She’d rather be in the gym, running a practice or directing a game, than anywhere else. And yet she understood, early on, that to create athletic opportunities for girls—to advocate for women’s sports in general—she had to become involved with organizations that support young women and their athletic efforts. She spent over 30 years as the Girls Coaches President of District 16 Coaches Association and over 30 years as a Girls Advisory member for the State Basketball Coaches Association. She is currently on the Board of Directors for the Ohio Basketball Hall of Fame, and since 1994, she has been a board member and Co-Chair of the Event Committee for the Women’s Sports Association of Greater Cincinnati and Northern Kentucky.

Without a doubt, Mary Jo Huismann is a pioneer, a trailblazer, in women’s sports, especially basketball. Moreover, those impressive career stats make a convincing case for her as a legendary coach, someone whose achievements will stand the test of time. So then, when Mother of Mercy closed its doors in May 2018, you might expect that Huismann was ready to hang up her whistle, content to rest on her laurels and enjoy some well-deserved rest. And you would be wrong. Instead, Huismann looked for a novel challenge somewhere new. Preferably somewhere out of the spotlight, where she could do the things she enjoys most—coach basketball and build a program from the ground up. She found that challenge at Talawanda High School in Butler County, and she quickly set to work. The first year, her team managed just two wins. In year two, they went 9-14. In 2020-21, their record improved to 10-12, with many of their losses by just a few points. She also began a program of girls’ basketball for elementary-school students. She works with coaches at the elementary and middle schools so that they are all teaching the same brand of fundamentally sound basketball. And she’s enjoying the sport as much as ever. Which is why those monikers—pioneer, trailblazer, legend—nice as they are, fail to capture the essence of Mary Jo Huismann. Because it isn’t the stats she’s after, nor the honors, nor the halls of fame. It’s the coaching itself. It’s helping athletes push themselves to become the best players, and the best individuals, they can be. It’s about melding those players into a team. And finally, it’s about teaching that team how to excel, on and off the court.