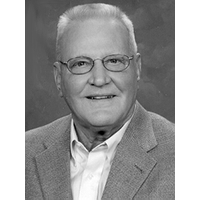 Coach Riley graduated from Upper Sandusky High School in 1955. He attended Bowling Green State University in 1955. He went to Southwestern Oklahoma State University from 1956-60 and earned a degree in Business Administration. While there he earned three letters in basketball and was captain of the team. Mike attended The University of Findlay in the summers of 1961-62. In 1996 he took graduate studies in Vocational Education at Kent State University.

Mike began his coaching career at Vanlue High School in 1963 where his teams won three league titles, was district Coach of the Year and won a sectional championship. Their record was 49-9. In fact, at Vanlue, Louisville, Bellefontaine, Elyria and Canton McKinley High Schools his teams had the best record in that school’s history at that time.

Coach Riley’s last high School was at Canton McKinley High School. They won two City league titles, four sectionals, two districts, one regional and the State Championship in 1984. Mike was District Coach of the Year two times. At McKinley, his record was 84-17.

In 1973 Mike coached in the North-South All Star game. He was an alternate District Director for the OHSBCA in 1964 and 1965. Mike is a member of the Ohio Retired Teacher’s Association, National Association of Basketball Coaches, Lion’s Club and the First Presbyterian Church. Mike, in 1978-80, was an Assistant Coach at Southern Illinois University. In 1980-81, he served as an assistant coach at St. Louis University.

In 1989 Coach Riley was invited to coach and lecture at camps in Ireland. He accepted a head coaching position that summer to coach in the Irish National Basketball Association and coached in Tralee and Cork Frotz from 1989-92. League games were played in Dublin, Waterford, Belfast, Galway Bay, Sligo, Limerick and Kilarney.

Coach Riley believed in motivating athletes to perform to their potential by emphasizing mental toughness and extra effort at practice sessions. Primary objectives of practices were: teaching basic offensive skills, individual and team defensive conditioning and team concepts in preparation for games.

Mike and his wife have six children, Kathleen, Sarah, Michael, Jr., Lesia, Mark, and Matthew. They have two granddaughters and eight grandsons. Mark, Michael and Matthew all played for their Dad in high school. Mike retired from Cleveland Heights High School in 2003 as an Occupational Work Experience Teacher/Coordinator.