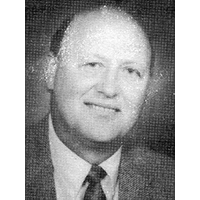 As educator for 29 years, he belonged to many professional organizations at the local, state and national level. His family includes Merlene, a supervisor in the Lorain City Schools, and four children: Mike, with Lorain City Schools, Mitch, Exxon Oil, Barbara, a teacher in South Carolina, and Beth, a graduate of Ohio University and law school applicant.