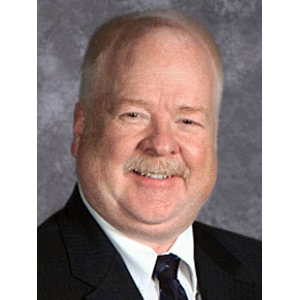 Carroll has spent his entire career in education serving in many capacity of Education – High School Math Teacher, Career Tech Teacher, Assistant Athletic Director, High School Principal, District Technology Director, and currently is the Assistant Superintendent at Lake Local Schools in Uniontown, Ohio. During the entire time, he has been involved coaching and promote high school basketball. Pat began his coaching career at the collegiate level, serving as a student assistant to the Georgia Tech Men’s Basketball program and a graduate assistant to the Austin Peay Men’s Basketball program.

In 1988, Pat turned his focus to basketball to the High School level. He has served in many capacity in High School Basketball – Head Boys Coach, Varsity Boys Assistant Coach, Freshmen Boys Coach and Middle School Coach. He worked and hosted numerous basketball camps and basketball tournaments during his career.

Pat has been an active member of the OHSBCA for the past 30 years. His resume with the OHSBCA is extensive. He has served in many capacities of the organization, always striving for the best of the organization. He was a common fixture at the Fall and Spring Coaches Workouts in the Mid 1990’s. He served in every capacity, from coaching, officiating, registration and organization of the event. Pat then partnered with Larry Wilson to organize and improve the Association Newsletter – Hooplines. He was named the Assistant Hooplines Editor in 1996. Today, twenty-two years later, Hooplines is a top-notch publication that promotes, communicates and honors the happenings of Ohio High School Basketball Coaches Association.

As we approached the turn of the century, the OHSBCA turned to Pat to bring the organization to the web. He was named Webmaster in 2000 and has taken the association to the internet. Information, communication, awards and the history of the organization have been placed on the web. In 2005, Pat attended his first NHSBCA Summer Meeting held in Indianapolis. Through his participation in this event, Ohio has benefitted by implementing the great ideas that other State Association have done. One of the ideas was a Showcase for Underclassman. In his willingness to promote Ohio Basketball, Pat was named Co-Director of the Boys Top 100 Showcase in 2006, a position in which he held for the ten years. The showcase was design to feature the top 100 underclassman in the state and put them through an organized program for college coach to evaluate players.

In 2016, the National High School Basketball Coaches Association recognized Carroll for his outstanding contributions to the game of basketball by inducting him in to NHSBCA Court of Honor. The honor recognizes individuals who have contributed to the growth of the NHSBCA and has had an impact on scholastic basketball nationally.

Carroll appreciates the work and impact that the Ohio High School Basketball Coaches Association has had on the game of basketball in Ohio. The number of quality individuals who have invested their time and effort to make this organization outstanding is overwhelming. The enjoyment of promoting the game of basketball in Ohio has been very rewarding. On behalf of all who made this award possible, he says than you and is humbled and honored to be an inductee to the OHSBCA Hall of Fame 2019