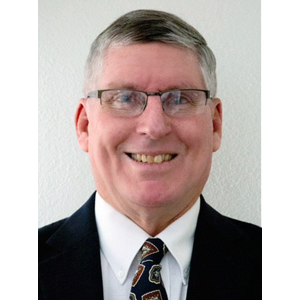 Coach Wayne grew up in New Jersey, New York and Michigan before attending Bowling Green State University in 1970. He played Lacrosse and Soccer at BGSU for legendary Coach Mickey Cochrane, earning seven letters. He was a four-year letter winner in Lacrosse, and as a senior midfielder he captained an undefeated team and was named the team MVP. He was a starter for three years on defense in soccer; both his junior and senior years the team was knocked out of the NCAA tournament by St. Louis, the NCAA Champion.

After graduating with his B.S. in Education in 1974, he went to Holgate where he taught for 39 years. He later received his Masters in Administration and Supervision from BGSU. He was a Junior High Football Coach in the 1970s, Varsity Volleyball Coach in the 1980s, Athletic Director for 27 years and Head Boys Basketball Coach for 36 years compiling a record of 496-336. As the smallest school in the Green Meadows Conference, Holgate won seven Conference Titles, 22 Sectional Championships and 13 District Championships. The 2004 team won the Division IV State Championship; the 2007 team lost in double overtime in the State Semi-Final game.

Holgate evolved from a run and gun team in the early years (shooting 492 “threes” in 1988), to more of a patient, defensive oriented team. Fundamentals and discipline were always highly stressed! Coach Wayne defined success by playing hard and playing smart. He wanted each team to reach its potential. Life lessons were always taught so that the student-athletes would become productive members of our society.

Coach Wayne knew to surround himself with good people, as evidenced by his many tremendous Assistant Coaches. Most had been previous Head Coaches, or would become a Head Coach. He was also fortunate enough to have many talented players and many role players to help the teams reach their potential.

He is so thankful and lucky to have his family. His wife Lisa of 33 years has been so supportive and the backbone of the family; and he is blessed to have two wonderful daughters, Kelsey 22 and Emily 20, a sophomore at BGSU.

For his success throughout the years, he thanks all the players, assistants, community, friends and family – he is truly humbled and honored to be an inductee into the OHSBCA Hall of Fame.