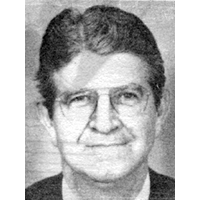 In his 30 years with the Middletown Middies, Paul Walker achieved many feats, including five state championships. His first Middie team lost six regular season games, but as he later said, they “put it altogether in the tournament” and won the first of five titles under Walker, also including 1952, 1953, 1956 and 1957. He took Middletown to the state finals in 1958 and 1959. The defeat in the 1958 tournament will rank among the biggest upsets ever in state tournament history as the Middies, led by Jerry Lucas, took a 76 game winning steak to Columbus, where Columbus North dealt the big blow, a 63-62 decision.

Walker began his coaching career in 1935 after graduating from Western Kentucky University, and later became coach at Middletown in 1946. In summary, 37 of his 41 coaching years were as head coach, winning 695 games. His Middletown totals show 562 wins and only 136 setbacks, winning over 80%.

When Walker retired he was the winningest basketball coach in Ohio high school history and four times Ohio Coach of the Year. His teams won 17 District, 8 Regional and 5 State championships in his 30 years at Middletown, when his teams were undefeated six times during the regular seasons. Five of his players at Middletown were each named Ohio Basketball Player of the Year.