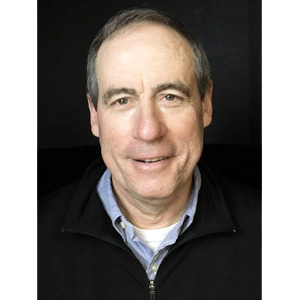 Pete Liptrap is the son of Jim and Joe Ann Liptrap. Pete is a 1974 graduate of Columbus Eastmoor High School where he played basketball for William “Red” Courtney and was an All-City player. He earned his Bachelor of Arts Degree in Social Studies at Muskingum College. While at Muskingum, he played basketball for the legendary Jim Burson and was a two-time All-Ohio Athletic Conference selection, the league MVP his senior year, and was voted the Outstanding Senior Athlete at Muskingum. He taught in the Pickerington Local School system for 35 years. He taught Social Studies his first four years while serving as Assistant Basketball Coach to Charlie Gill. He next served as a Graduate Assistant at Miami (Oh.) University where he received his Masters of Arts Degree in Physical Education.

In 1983, he returned to Pickerington where he served as Head Basketball Coach for the next 30 years. For 20 years he served as Head Coach of Pickerington High School, and following the split of the district, he spent 10 years as Head Coach of Pickerington North High School. Pete compiled a record of 406-263 in his career as Head Basketball Coach. During this time his teams won 10 Ohio Capital Conference Championships, and 7 times his teams reached the Central District Finals in Division I, winning District Titles in 1991 and 2002. The 1991 team lost in the Regional Semi-Final while the 2002 team was beaten in the Regional Final.

For his accomplishments Coach Liptrap has twice been recognized as AP State Coach of the Year (1989 and 1994), and three times he was recognized as the Central District Coach of the Year (1989, 1994, 2011). Additionally, he has been Ohio Capital Conference Coach of the Year 10 times, District 11 Coach of the Year 9-times, and twice was named Dispatch-Agonis Coach of the Year in Central Ohio (1989, 1994). Pete has received the prestigious Bob Arnzen Award for his 20 plus years of service at Pickerington. He was honored with the OHSAA Sportsmanship, Ethics, and Integrity (SEI) Award in 2014. Pete has coached in the Ohio-Kentucky Game, the North-South All-Star Game, and he helped coach Team Ohio, which won the first National Rising Senior Event that was sponsored by the NHSBCA. Pete was active in the Ohio Basketball Coaches Association, serving as District 11 Director and the Director of the Scholarship Society Awards for the OHSBCA.

Pete’s family has been his biggest supporters over the years. He has been married for 27 years to his lovely wife Leslie and they have 2 sons. Joe is an elementary teacher in Grandview and Jeff is a junior at Otterbein University, majoring in elementary education. He appreciates their great support as well as the support of his parents, his in-laws, and his two sisters, Joni and Toni.

Pete remains active in coaching today serving as an assistant at Bexley High School. He still serves as a substitute teacher in Pickerington. As he reflects on his career, he would like to thank the great players he coached as well as his loyal assistants throughout his career. He truly appreciates all the hard work they have done for him and the program.