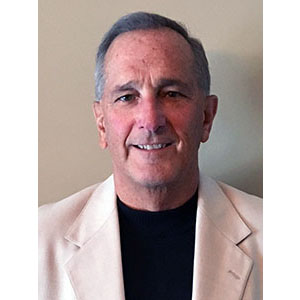 Randy Montgomery is a graduate of Salem High School and Youngstown State University. Early on, he was influenced by John Cabas (OHSBCA HOF), and Dom Roselli at YSU. These two legendary mentors set Montgomery on a path that would lead him to the heights of the coaching profession.

Montgomery began his coaching career in 1978, at Springfield (Mahoning) High School, where he served as a physical education teacher while coaching baseball and basketball as an assistant. However, another coaching legend came calling and Montgomery followed Head Coach Bobby Huggins to Walsh College in 1980. They quickly led Walsh to their three-season record of 71-24, and national prominence.

With the support and insistence of Huggins, Randy began his head-coaching career in 1983 at Wooster Triway High School. Montgomery took over a program that had seven consecutive losing seasons. Under his leadership, Triway would become a state power and a fearful place for visiting teams. Montgomery did not shy away from competition. He brought the state and nation’s leading teams to “The Pit”, Triway’s home court, the highlight being the visit of Virginia’s Oak Hill Academy, and Jerry Stackhouse.

Over the next 19 seasons, Triway would win 342 games. The 1988 and 1991 squads advanced to Ohio’s Final Four, in Columbus. The 1991 team lost to eventual champion, Lexington. During this span, the Titans won 14 league championships, a state record 12 in a row, while winning five district titles. Highlighted during this time was back-to-back Associated Press State Poll Championships, 1998-99 and 1999-2000.

His success at Triway made Montgomery a valued commodity and he was offered and accepted the head coaching position at North Canton Hoover High School in 2003. Hoover had a solid history of success, but had recently struggled. In 12 years at Hoover, the Vikings won 206 games, and garnered four Federal League Championships. They advanced to the “Sweet 16” in 2009 and 2013. The 2013 squad were defeated by eventual state champion, Mentor High School. Another Associated Press Poll championship was added to Montgomery’s resume in 2004, as the Division I Vikings finished 20-0.

In 2015, Randy was challenged to rebuild Division II West Branch High School, who like his previous stops had fallen on hard times. Montgomery retired from this position due to family reasons, but had 51 wins in his time there, while leaving the program on a solid foundation for the coming years.

Coach Montgomery has been the recipient of the OHSBCA State Coach of the Year award in 1991, and 2000. He has been the head coach of the Ohio North-South All-Star game in 1999, and the Ohio-Kentucky All-Star match-up in 2004. Randy received the Bob Arnzen State Award in 2002. He was honored by being named to the Wayne County Hall of Fame for his legendary success at Triway.

Randy Montgomery’s teams have had eleven, 20-win seasons, seventeen league championships, and seven District titles. He is only the 15th coach in Ohio high school basketball history to amass 600 wins. He has the most wins of any coach in Triway and Hoover history. His overall coaching record stands at 600-205.

Randy and his wife of 34 years, Becky, are both retired guidance counselors. They served Triway and Hoover in this capacity. They are the parents of three daughters, Annie, Erin, and Leigh. Annie served as her father’s bench coach at North Canton Hoover.

Annie and husband Beau are expecting their first child, and the first grandchild for Randy and Becky in June.