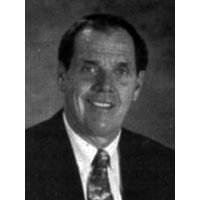 Ray Etzler served 28 years as head basketball coach at Convoy Crestview High School. He graduated from Convoy Union High School in 1959 and Defiance College in 1963. In 1966, he earned his Master's from St. Francis College in Fort Wayne, Indiana. He served at Crestview from 1964 until 1994, with the exception of two seasons (1973 and 1974) where he was an assistant coach at Defiance College. His Crestview teams won 445, losing 171. His record includes nine league, 16 sectional, five district and one regional title, advancing to the State Tournament in 1971.

In 1994 Coach Etzler was the recipient of the OHSBCA Paul Walker Award, presented annually to an active coach of Ohio high school basketball. Criteria for the award, in addition to the active coach status, is that the coach has demonstrated a genuine commitment to the game of basketball and to the OHSBCA. The coach must also have displayed exemplary conduct and the highest degree of integrity.