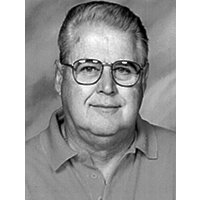 Ray Zawadski graduated from Cathedral Latin High School in 1957 and from the University of Dayton in 1962. Teaching math, science, health and physical education, he served the Vandalia Butler school system for 40 years. He was an assistant football coach for 6 years, head golf coach for 35 years (a program he started in 1963), and head basketball coach for 36 years.

Ray was a highly respected coach in the Southwest District and his teams were always well prepared. His basketball teams at Butler won 515 games including 10 league, 10 sectional, and 3 district championships. His golf teams won seven league championships, with two teams qualifying for the state tournament in 1987 and 1991. Three individual golfers also qualified for the state in 1988, 1992 and 1996.

Coach Zawadski's philosophy was "you get out of a season exactly what you put into it." Play hard, play defense and pass the basketball. His primary concern was not with winning or losing but with how hard you played the game.

Ray and his wife, Sharon have been married 43 years. They have two sons, Raymond and Mark. Raymond and wife, Cheryl have three children, Alexa, Kellen and Grant. Mark and wife Chari, have three daughters Emily, Andrea and Olivia.