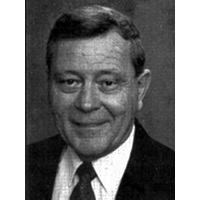 Voiers' heading coaching career began at Bay Village in 1963-64, following seven years as assistant coach. He remained at Bay Village as head coach through the 1993-94 season, with an outstanding overall record of 461 - 182 in those 31 seasons.

Among his teams' accomplishments were fourteen league titles, thirteen sectionals, three district championships, three regional appearances and runner-up at the regionals in 1989. He had two undefeated regular seasons in Bay Village in 1977 and 1989. As a coach, he was named Coach of the Year in the SWC thirteen times, Cleveland four times, and Northeast Ohio twice. He earned state recognition as Ohio Coach of the Year in Division II in 1989, Coach of the North-South All-Stars in 1977 and 1994 and Ohio-Michigan All-Star Coach in 1989. In 1975 and 1976 he was President of the Cleveland Coach Association. He has served on the Board of Directors of the OHSBCA for eleven years, and was a recipient of the prestigious Paul Walker Award, presented by the OHSBCA in 1993.

In addition to his basketball duties, Voiers extended his coaching abilities to other sports. Rich served as defensive coordinator in football from 1962 through 1977, head track coach from 1957 through 1964, and varsity golf coach from 1966 through 1970. During his summers of 1980 through 1993, Coach Voiers ran the Bay Basketball Camp and from 1963 through 1985 was Director of Recreation / Pool at Avon Lakes Country Club. His professional memberships beyond coaching organizations included the Northeast Ohio Teachers Association, Ohio Vocational Association and Bay Teachers Association.

Throughout his career, Coach Voiers said that teaching young people important lessons in growing up was the enjoyable challenge. It was his firm belief that to become successful, they had to develop habits of preparation, practice and team work, coupled with sound emotional and physical skills, as action tools for their eventual success.