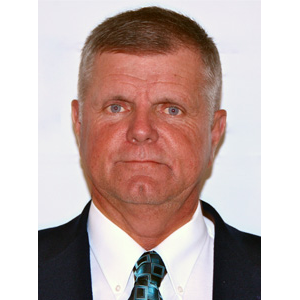 One of the most intense coaches in the state of Ohio, Rick Van Matre led his teams to 472 victories in his 28 years as head coach of Greenfield McClain.  In fact, all of Rick’s tenure as a head coach was spent building and guiding the McClain Tigers.  During those 28 years he lost 170 games and had only one losing season.

Rick graduated from Meigs High School in 1971 where he played basketball and baseball.   He graduated from Rio Grande College in 1976 where he played 4 years of baseball.  Upon graduating from Rio Grande he worked his way up the ranks of coaching.  He spent one year as a junior high coach at Meigs and four years as Reserve Varsity Coach at Gallia Academy High School.

Coach Van Matre believes that success is a collaborative effort.  It is important to surround yourself with good people and always hunger to learn more.  His teams were known for their defense and thus his philosophy of coaching was simple. He started at the defensive end of the floor and built his teams from there.  His teams were well-disciplined and played with mental and physical toughness.

Rick and his wife, Kathy, have been married for 33 years.  They have one son, Andrew, who is attending the University of Cincinnati