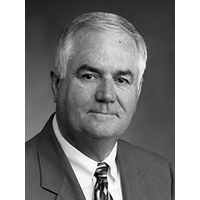 After 35 years as a head coach, 32 of those at Sebring McKinley, Coach Brook retired into "withdrawal from coaching". His presence from the coaching profession will be sorely missed. His commitment to the game and his players was outstanding as evidenced by his success - 571 victories. His teams at McKinley won more than 75% of the time. They won the Tri-County league 18 times, Sectional Champs 22 times, District Champs eight times, Regional two times, and Runner-up in the State championship once.

Coach Brook's philosophy was that you approach each year with a positive attitude. He believed in each player and what he could add to the team, instilling in each one a deep sense of pride in his role and how it fit vitally into their team concept. He wanted every player to carry with them the rest of their lives the lessons they learned on the court, believing they can be successful.

Rick graduated from East Palestine High School and then served in the U.S. Army from 1955-58. In 1962, he graduated with a B.A. from Muskingum College and married his wife, Barbara. He earned a Masters Degree from Youngstown State University in 1972. He and his wife have two sons, Jay and Dan. Jay and wife Diana have two daughters, Sarah and Megan. Their other son Dan and wife, Amy have two sons, Elijah and Noah.

Professionally, Rick began his coaching career as an assistant at West Branch in 1962. After two years he was named head coach at Leetonia High School. He became head coach at McKinley in 1967, remaining through the 1999 season. McKinley had not had a winning season in the previous ten when he took over. While there he had only one losing season (10-11) in 32 years.

His honors as a coach include Coach of the Ohio North-South All-Star Game in 1970; 1973-1993 District Director of OHSBCA; First Annual Muskingum College Distinguished Coaching Award - 1975; Organizer and Director, along with Doc Daugherty, of the first Hall of Fame; 1992 - Paul Walker Award. In 1989 the Sebring High School Gymnasium was renamed "Brook Gym".