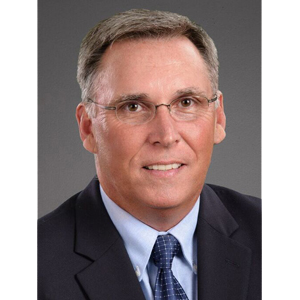 Steve is a 1975 graduate of Old Fort High School where he played basketball for legendary OHSBCA Hall of Fame coach Steve Smith. He received degrees from Owens Community College in 1978 and Findlay College in 1980. His coaching career began at Liberty Benton High School where he was an assistant coach in 1978 and 1979. Coach Willman’s first varsity coaching position was held at Old Fort High School from 1980-1983. He was a graduate assistant at Bowling Green State University during the 1984 season under head coach John Weinert and coached at Galion High School from 1984-1986. He returned to Liberty Benton in 1987 where he retired in 2014.

Steve has been the recipient of Coach of the Year honors in the Blanchard Valley Conference 12 times, Districts 6 and 8 four times, and AP Division 3 State Coach of the Year in 2007. He was also the National Federation Coaches Association Ohio Coach of the year in 2000 and served as the president and director of District 8.

Coach Williman received the Bob Arnzen Award in 2006 and was the Paul Walker Award winner in 2012. He has had the opportunity to coach in the Wendy’s Classic, Ohio-Kentucky and the Ohio North-South All Star Games. He was also elected to the Hancock County Sports Hall of Fame in 2005 and received the University of Findlay’s Athletic Lifetime Achievement Award in 2013.
In addition to coaching basketball, Williman has also coached the Liberty Benton golf team for 15 years and has been fortunate to take three teams and 4 individuals to the state tournament.
He has been married for 34 years to Marty and they are the proud parents of two daughters, Ashlee and Erica and son-in-law Garret.

Coach Williman has always believed that individual achievements are the result of team efforts and would like to thank his team of players, assistant coaches, administrators, community and family and is humbled, honored and thankful to be inducted into the OHSBCA Hall of Fame.