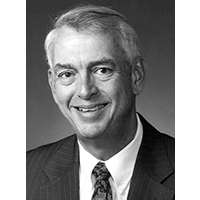 Coach Kick is a man who likes challenges, as his career has been exemplified by taking programs that were floundering and propelling them to a higher level. Over the years, Kick's teams had 382 victories, at Upper Scioto Valley, the then newly consolidated Alger, McGuffie and Roundhead, the Patrick Henry (consolidation of Hamler, Deshler, and Malinta), the Kenton, Ridgedale, and Loudonville. At Alger, McGuffie, and Roundhead, he made two trips to the Regional with a record of 83-13, becoming District 8 Coach of the Year in 1969. At Patrick Henry, he had an undefeated season in 1973 and won 105 games in seven years. In 1973 and 1974, he was named the District 7 Coach of the Year and also coach n the first District 7 All-Star Game.

Kenton had had seven straight losing seasons when Kick took over the program in 1976, only winning two games the previous year. He took them to fourteen victories the first year, and his 200 wins in twelve years there. From Kenton, he was also chosen to coach in the District 8 All-Star Game. In 1983, he moved to Ridgedale, where the team had experienced five consecutive losing seasons. Again his team won 14 games in his first year, going to the District Finals. He was selected Central District Coach of the Year by the Associated Press. In just 20 years of coaching he had achieved 300 victories.

When he then moved to Loudonville, he was coaching a team that had experienced seven straight losing years. Under Coach Kick, they won their first sectional championship in 32 years in 1992. He was selected as the Ashland Times Coach of the Year and also was chosen to coach in the Ohio-Michigan All-Star Game. His last coaching duty was a coach of the South All-Stars in the Mansfield News Journal game.

Coach Kick and his wife, Kay, have been married 31 years and have three children: daughter Ellen, a chemistry graduate student at the University of California, and two sons: Ohio Wesleyan senior Phil and University of Dayton freshman Andy. He has been active in all of the communities where he has lived, with the Lutheran church, with the Community Fund Trustees, and as president of the Loudonville Teacher Association. He has twice been selected as an Outstanding Teacher in America, and has coached several players who have become successful coaches in their own right.

He has been active in the OHSBCA, serving as Director for 1981-1992 and as President from 1986-1988. Under his leadership, the organization reached 2,000 members for the first time, the Hall of Fame was instituted, the Ohio-Michigan series began, and the North-South All-Star games were moved to Columbus.

His coaching philosophy was build and rebuild basketball programs by pacing emphasis on doing little things right, giving 100% and believing that you can be successful!