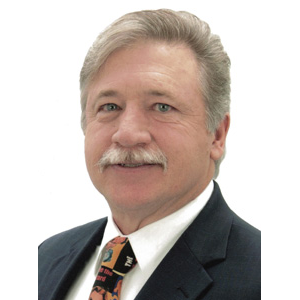 Coach Davis started the girls basketball program at East Canton in 1975 and was both the Varsity and the JV coach for the first several years. The first season, they won one game. The second year they won six games and a Sectional Title. They went on to win 33 consecutive Sectional Championships and a total of 34 in his 36 years of coaching. His teams were District Champions 15 times, League Champions 17 times, Regional Champs twice and State Runner-up in Division IV in 1995 and 2006. In 1995, they were undefeated until the State Final and lost in OT to undefeated Jackson Center and finished 27-1. His Assistant Coach that year, Robert L. Jordan, was his former Varsity Coach when he played at East Canton . His Assistant Coach when they were Runner-up in 2006 was a former All-Ohio player of his, Angela Lantzer Moldovan. Seven of his former players returned to East Canton to coach with him during his career.

His wife Jean and he were both graduates of East Canton High School. They married in 1974 after Jean graduated from The Ohio State University and Tom graduated from Denison University. They both taught at East Canton. The last eight years of his coaching career, he was also the Superintendent of Osnaburg Local Schools ( East Canton). They have two children. Tara was a 1000 point scorer for the Wizards and played on the 1995 State Runner-up team. Jarrod was a four year starter for the East Canton Hornets at point guard. Both were selected to the Division IV Academic All-Ohio teams. Jarrod and his wife Lindsay have one child, their beautiful one year old Avery Grace Davis.

At East Canton, the basketball team was 17-1 in Tom’s Senior year under Coach Jordan. At Denison University he started every varsity football game for four years and was the team MVP his senior year. As a basketball coach, he never missed a game although once he did miss a post game team talk because his wife was in labor and he had to get her to the hospital. Even his four operations for colon cancer were able to be scheduled in the off-season so he could continue coaching.

Coach Davis was selected as Ohio Division IV Coach of the Year by the OHSBCA in 1992, 1995, and 2006. Three times The AP chose him as the Ohio Div IV Coach of the Year in 1995, 2001, and 2007. He also received the Bob Arnzen Longevity Award. Tom coached in the OHSBCA North-South game in 1991. In 2009 , The Board of Education surprised him by naming the playing floor in the high school gym of the new school building , the Tom Davis Court with his signature along both sidelines. His final Varsity record is 624-230.

Coach Davis believed in an up tempo offense, full court pressure and usually played an aggressive zone or match-up defense. He felt that each of his athletes had a specific role to play for their team to be successful. In his career he had many talented players capable of filling multiple roles. Twenty-seven of his girls earned All-Ohio honors. Ten East Canton Wizards scored over 1000 points in their careers. His girls were always very dedicated and bought in to his philosophy of outworking other teams in order to be successful and were willing to make the sacrifices necessary to be the best that they could be.