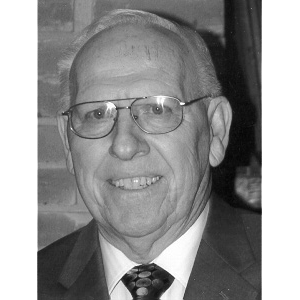 Coach Eibel graduated from Canton South High School in 1957. He played basketball for Hall of Famer Charles “Red” Ash and was selected for First Team All District. In 1961 he graduated from Ohio Wesleyan University, where he earned four letters under coaches Bob Strimer and Frank Shannon, and was MVP in 1960 and 1961. He was selected First Team All O.A.C. in basketball and baseball in 1961.

His reputation in the basketball coaching profession was well-known for bring teams from struggling programs to great success. At Mayfield, his teams earned three league championships (1966, 1967 and 1968) and the first league championship in basketball in 49 years. At Urbana, his 24-2 season tied the record for most wins in the school’s basketball history, first District Championship in 17 years, and Regional Finalist in 1982. He led New London Local Schools to conference championships in 1987, 1988, 1990, 1991 and 1992; District Championships in 1991 and 1992; Regional Finalist in 1991; and Regional Semi-finalists in 1992. Prior to his coaching tenure at New London, teams had recorded only five winning season in the previous 35 years, losing 56 straight games at one point.

Honors received by Coach Eibel include election to the OWU Athletic Hall of Fame in 1974; coaching in the OHSBCA North-South All-Star game; receiving the OHSAA Sportsmanship, Ethics and INtegrity Award; selection to carry the Olympic Torch for the 2002 Winter Olympics as an honor for his years in the coaching profession; five-time nominee for Paul Walker Award; District Coach of the Year 1981, 1982, 1991, 1992; Ashland County Coach of the Year 1985, 1986, 1989, 1991; and Lorain Area Coach of the Year 1992.

His family includes his wife, Lori, daughter, Beth Ann McFann (Clay), sons Tom Eibel (Christy) and Jim Eibel (Kim), and six granchildren. He has been actively involved in many activities for his church, teaching Bible studies at the Park Street Brethren Church in Ashland, Ohio.